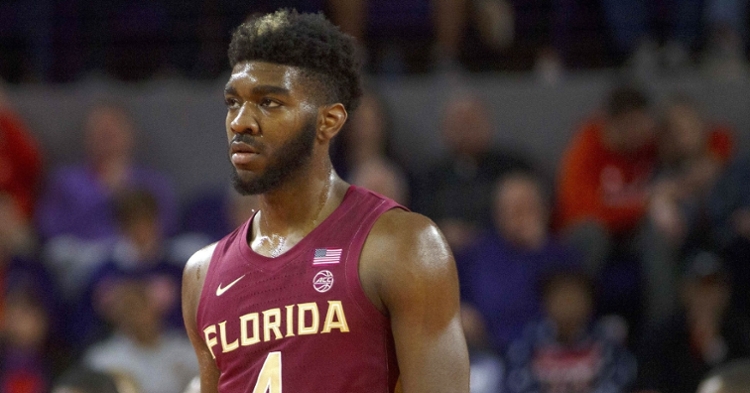 “It’s huge, it’s huge,” Williams told ESPN moments after being drafted. “I feel blessed to be in this position.”

General manager Arturas Karnisovas had the following take on Williams.

“Selecting Patrick, a physical specimen, one of the youngest prospects in the Draft. Long arms, big hands, defensive versatility, such potential," he said following the draft. "He can play 1 through 5, played point guard in high school. This is where the NBA is going.”

Williams is an elite defender and won the ACC Sixth Man of the Year award last season. He is projected at the small forward position but also could guard other positions in some situations.

He was the second-youngest player in the draft at only 19 years old and didn't start a single game at Florida State.

He is tied for the highest drafted player out of Florida State in the modern era.

Patrick Williams (@patricklw4) gets selected 4th overall by the @chicagobulls!

With the No. 4 pick, the Bulls select Patrick Williams ?? @brhoops pic.twitter.com/MVhVYeFoDn

The Spurs have loved Patrick Williams for a long time, but he skyrocketed during the pre-draft process—this isn't a "reach" for the Bulls. Teams rave about his character and work ethic, nevermind his upside at 6-8 as a super versatile defender who flashes on-ball scoring skill.

Patrick Williams offers athleticism and the proverbial high ceiling. He plays hard. He's coachable. He can grow with young Bulls team. Are there questions? Sure, there would be with most picks. But this #Bulls draft is as much about trusting AK and keeping open mind as anything.